Getting married in Egypt (Information for Americans) 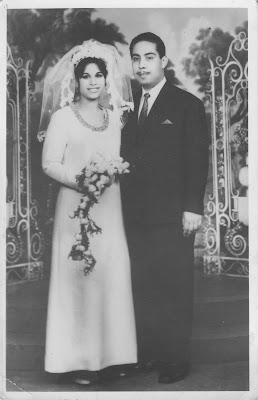 First, let me take a minute to clear up a rumor that is circulating online. There is NOT a ban on Americans and Egyptians getting married. It is also not impossible to get married in Egypt. Back in 2007, the US Consular Section of the Embassy did stop issuing the marriage affidavit necessary for a US citizen to be legally married in Egypt. I have heard that the reason for this was due to paperwork backlog at the Embassy but don't quote me on that. Couples were still able to have a religious ceremony, but it became extremely difficult to have the legal marriage ceremony during this time. You would have had to jump through hoops getting documents translated, authenticated by the State Department, notarized, etc. Even with all that, it was not impossible, just extremely difficult. The American would have had to be well aware of what she needed before travelling to Egypt. She would have needed to have her papers translated, stamped and authenticated by various State and Federal agencies. There was still no guarantee that the paperwork would be accepted by the Egyptian Government. This required a lot of time, preparation, and patience. Most people, unaware of this, simply arrived in Cairo without the proper paperwork in hand and found themselves unable to marry here.

By the time I got married in mid 2008, the US Embassy was once again issuing the marriage affidavits. The marriage affidavit is a standardized form that you fill out in English and Arabic. If you have your fiance with you, he can fill out the Arabic side, otherwise they have someone there who can translate it for you. It contains a few simple questions about you: passport number, date of birth, occupation, dates of previous marriages and divorce, etc. Once you obtain this marriage affidavit, get all the proper signatures and stamps on it, you will have no problem getting married in Egypt.

If you know you are coming to Egypt to get married take certain steps to have your paperwork in order before leaving the States. I had all my original documents with me anyway, but I did not have any notarized copies (because I had not moved to Egypt with the intention of getting married). If you want to make extra copies of everything and have them notarized it could not hurt, but my paperwork was accepted without a notary stamp. It will work in your best interest to have the originals with you, too.

Before you travel you should get a file folder and gather the following documents:

You may or may not actually need your birth certificate, but it is best to be on the safe side and have it in the file with you. There is no need to have anything translated into Arabic. If you keep this file folder with you at all times, you have instant access to any document you might be asked to produce and avoid potential headaches and delays.

If you are a convert to Islam, you may or may not have something in writing from a mosque in the US stating your religion. If you want, you can ask for a letter stating that you are a Muslim and have that notarized. Or, if you prefer to have a more official document, you can wait until you get to Egypt and officially convert at Al Azhar. This will provide you with a certificate with your picture on it. I knew a woman in Alex who did this and found the certificate to be an invaluable piece of ID to have as a foreigner living in Egypt, even using the certificate to open a bank account.

If you are Christian you really don't need to worry too much about supporting documentation. Most likely, they will take your word for it. If you feel better playing it safe get a notarized letter from your Church unless you happen to have your baptismal records. I did not have any official documentation of my religion nor was I asked to provide any. You may not want to take this chance. Remember, the process will be much easier if you have all your ducks in a row. It is better to have a document and not need it, than to need it and not have it.

If you are having a religious ceremony this can be done before or after the legal civil marriage. However, if done before the civil marriage, the couple is not considered legally married in the eyes of the Egyptian government. Only the civil ceremony at the Ministry of Justice establishes the marriage as legal. My husband and I had a religious ceremony in April and the civil marriage in July. (The only reason we waited so long in between is because I was attending a course in Alexandria from April to July.) For the Islamic ceremony (which is the same for Muslim men marrying Christian women), we had a Sheikh come to our house. We each needed 2 passport size photos. I needed my passport and my husband needed his Egyptian ID. That was it.

The first step in the process for the legal marriage is to go to the US Embassy in Cairo and visit the American Citizen Services for the marriage affidavit. You should bring your fiance with you. This entire process from this point on is mapped out quite clearly on the US Embassy Cairo web page. Visit that web page and print out the instructions. It details exactly where you need to go and what you need to bring, as well as the costs for each step in the process.

Posted by Fleeting Glimpse at 10:27 PM