There WERE many steps...

As a child growing up in the Bronx, we lived on the 4th floor of a 5 story walk up. I never noticed the stairs - I was 5 years old. Our apartment could have been on the 20th floor and it would not have mattered to me. We moved from that apartment in 1976 into a 2 story colonial upstate. I never lived in an apartment again until I moved to Egypt last year and I found myself, once again, on the 4th floor with no elevator. I know the stairs are great exercise, but I am horribly out of shape. Here is a quick look at my daily workout: 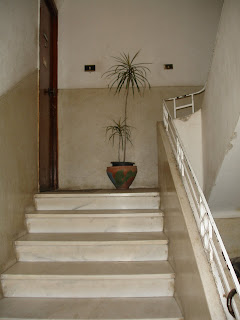 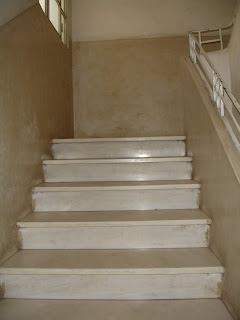 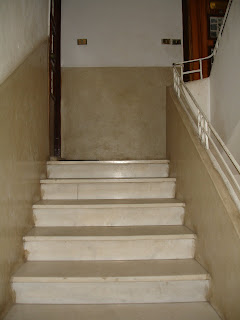 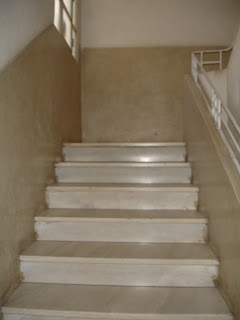 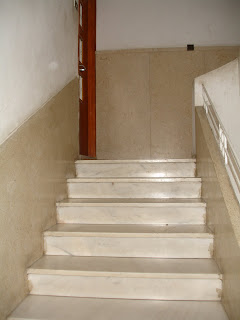 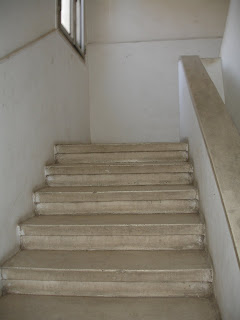 By now I am about to pass out 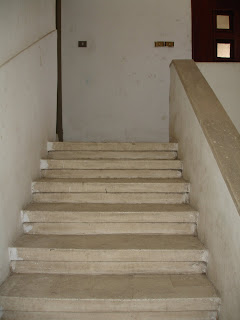 All these stairs remind me of one of my favorite quotes of all times:

"There were not many steps. I had counted them a thousand times, both going up and coming down, but the figure has gone from my mind...Memories are killing. So you must not think of certain things, of those that are dear to you, or rather you must think of them, for if you don't there is the danger of finding them, in your mind, little by little. That is to say, you must think of them for a while, a good while, every day several times a day, until they sink forever in the mud. That's an order."

Posted by Fleeting Glimpse at 8:13 PM