This is the kind of stuff I hate to see, but it is a daily reality living in Cairo. I drove to Nasr City with A today. On our way back this afternoon, M called us and told us to be careful because yesterday there had been a very bad accident on the Ring Road (a highway that forms a ring around greater Cairo). Apparently a flat-bed semi had jack-knifed causing a 33 car pile up. At least 62 people are believed to have been injured in the accident and upwards of 10 fatalities. It wasn't long before A and I were coming upon the scene. People were driving exceptionally slow today, perhaps because they wanted to exert a bit more caution than usual, but most likely because they were rubber-necking the wreckage that was still strewn about on the side of the road. I snapped these pictures as we drove through it. 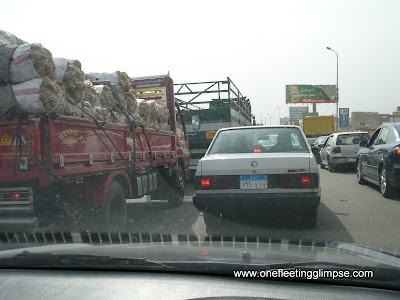 This disabled vehicle had nothing to do with the previous day's accident, however, a wrecked pick-up is visible directly in front of it. 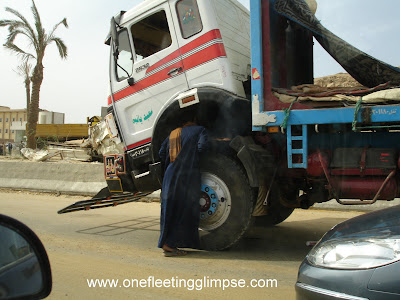 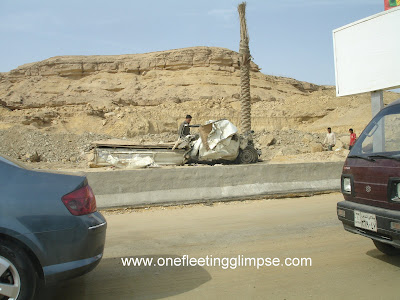 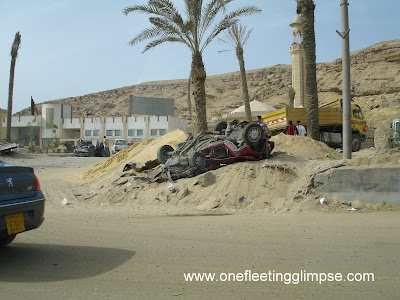 More wreckage was piled directly behind these sand piles. People were milling about the area taking pictures or just staring. (Click on picture to enlarge it.) 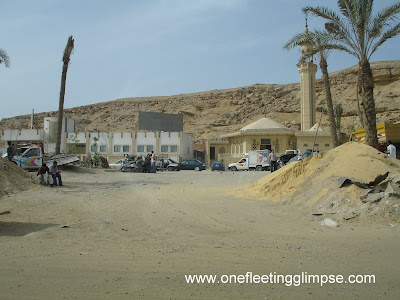 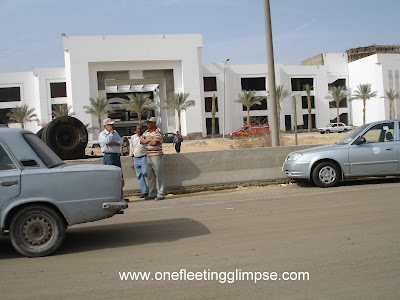 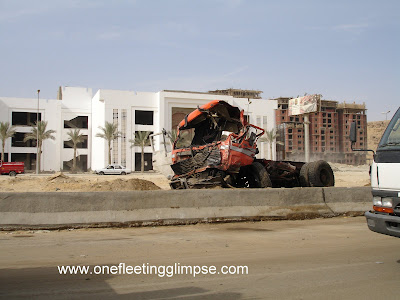 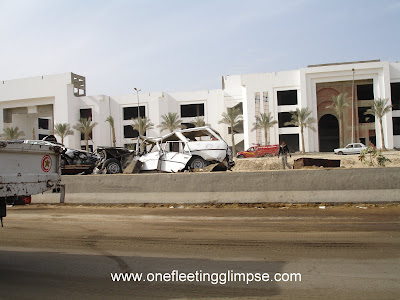 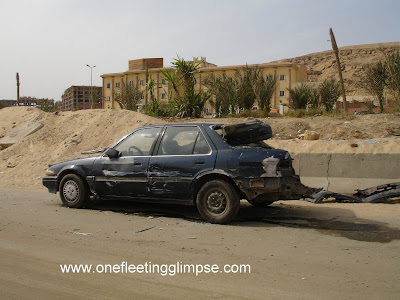 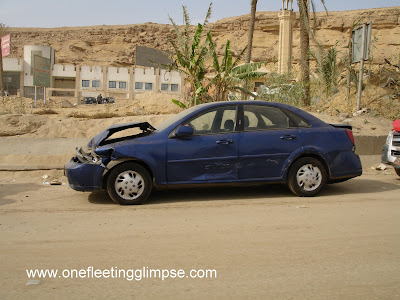 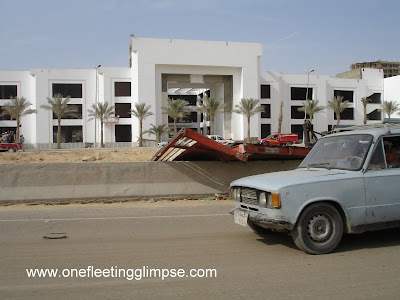 EDIT: Just to show you how rumors get started due to lack of on the spot news coverage - I came across this article on the same accident in another blog. According to this post, which quotes a published source - the accident was caused by a collision between a truck and a public transportation bus. 4 people died, 30 were injured and 20 cars were involved.
2nd EDIT: Update on the accident statistics: According to Al Ahram online (Arabic), 7 people died, 56 were injured, and 39 cars were involved including 2 microbuses, 1 public transport bus, and private vehicles, when a truck carrying steel bars went out of control and lost it's load.
Posted by Fleeting Glimpse at 11:18 PM