I recently viewed the film Cairo Time. This film won all kinds of awards in Canada. Not being all too familiar with the Canadian cinema, I have to ask a pressing question: What other movies did Canada produce in order for THIS one to be a winner?

I won't even bother giving you the premise of the movie. If you are interested you can check out the website.

Here is my review:

I'm so glad that movie finally ended. Am I the only one who hated it? I must have paused about 19 times to refresh my Facebook page - which turned out to be more exciting than the movie.

First of all, the chick walks out of the airport with no luggage. All she has is her handbag and a second slightly over sized handbag. Yet from that bag she manages to pull about 9 different outfits, 3 pairs of shoes, an Apple laptop computer, and a day planner bigger than a Stephen King novel? What was that some kind of Mary Poppins bag?

And why did she go through the whole movie speaking in a breathy whisper? It had me constantly turning up the volume to hear her over the noise of Cairo. There was just one too many dramatic pauses in her delivery.

He was no better. The chemistry between them was unbelievable and unrealistic. Speaking of unrealistic - I laughed my ass off at the way they portrayed the group of guys that followed her the first time she went out alone. What, the guy walking in the other direction just automatically makes an about face and follows her? It reminded me of the scene in Andy Griffith where Opie was walking down the street with a wagon full of fresh meat and all the dogs started following him. What, did she have a pound of bacon under her dress? I have never seen it actually happen like this in all the time I've been in Cairo. It would be more like the guys would be chatting her up trying to guess what country she was from and then telling her about all their relatives who just happened to immigrate to that country. But I guess if they gave all those guys speaking roles in the movie they would have had to pay them more. The one that lingered outside the shoe store when she ducked in there to escape them was quite comical.

When her husband finally showed up I almost wished he had stayed stuck in Gaza. There was even less chemistry between them. I started rooting for Tariq at that point. Granted they've been married for years and years, but I don't see what ever brought them together to begin with.

And who in their right mind wears that severely low cut, too much cleavage revealing dress and high heels to go visit the pyramids? Surely she could have pulled a pair of flats and a t-shirt out of her Mary Poppins bag. But at least she got to see the pyramids when there was not another single living soul in sight - twice no less.

This had the potential to be a good movie, but in my opinion it fell flat. Don't waste your time on Cairo Time.

This is a cave Church carved into the side of a mountain at the base of Moqattam in Cairo. The video posted below is not my video - I found it on YouTube, but it has some footage of when this church was built. 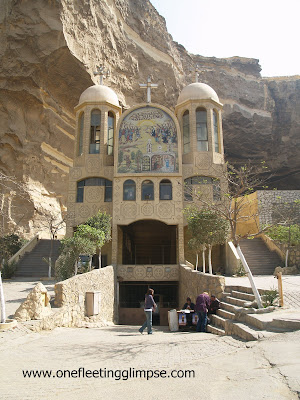 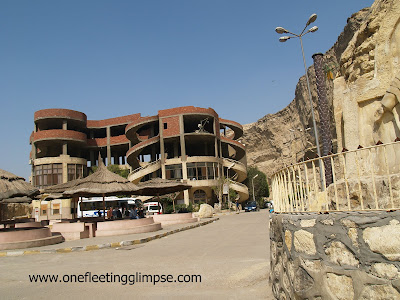 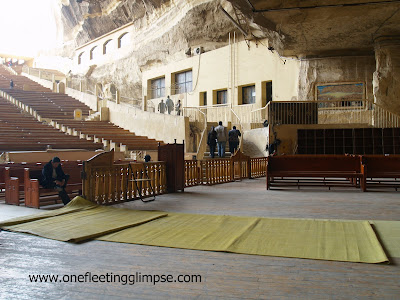 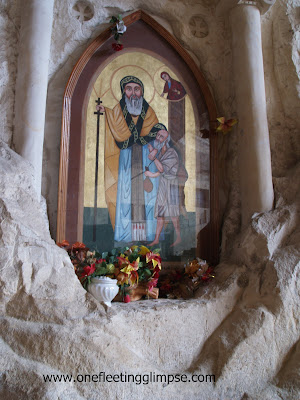 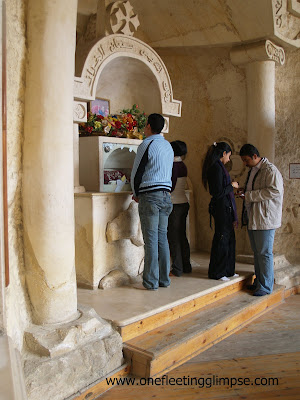 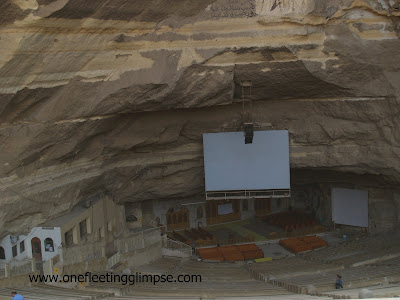 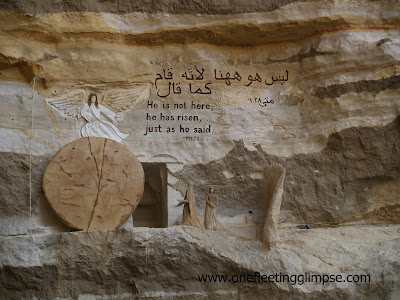 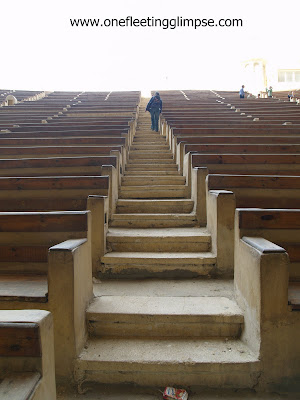 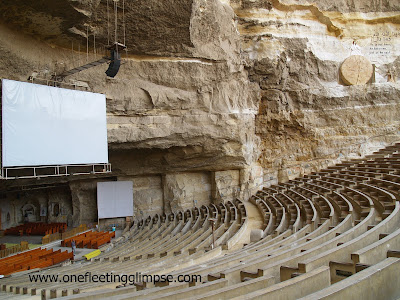 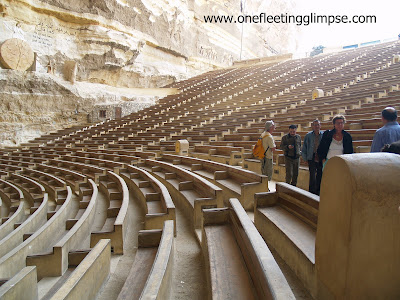 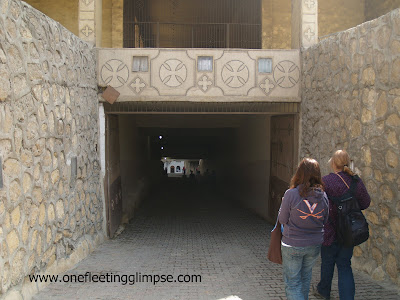 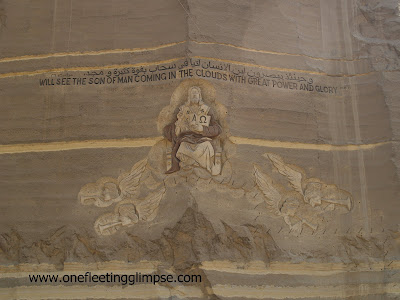 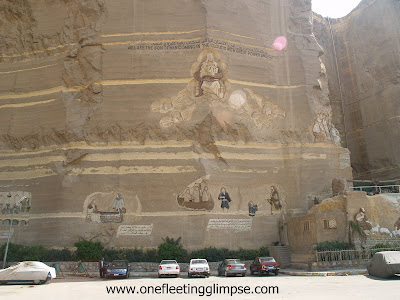 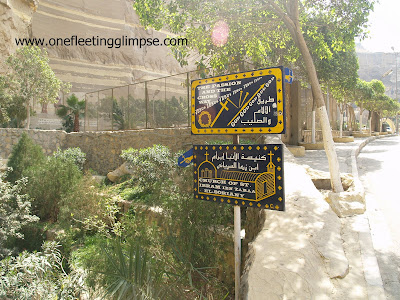 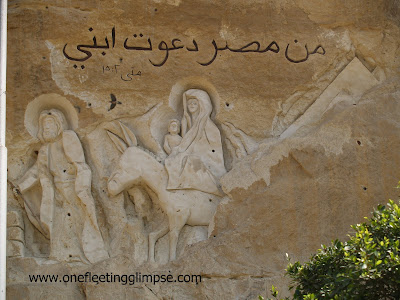 Posted by Fleeting Glimpse at 10:42 AM No comments:

Nicholas LaDuca is a 17 year old young man in New York who is living with the debilitating effects of Duchenne Muscular Dystrophy (DMD). I don't know Nick personally, but I know his sister, Nicole. She is also my son's half sister. She was 4 years old when my son was born and that was also the last time I saw her. In the early part of February 2009, thanks to Facebook, I was able to reconnect with Nicole. We saw each other in New York last September for the first time in 21 years. She is a remarkable young woman. Currently, Nicole has undertaken a fundraising project to help her family improve the quality of Nick's life as his disease progresses. The family is in immediate need of a stair lift for their home and a wheelchair accessible van.

Please take a few minutes and visit the Nicholas LaDuca website and the NickLDFund Facebook page to read more about this appeal.
Posted by Fleeting Glimpse at 8:21 PM 1 comment:

Want to adopt a dog in Cairo? Three pups looking for homes

These 3 puppies - Roly, Poly, and Oly - are in a foster home in Maadi, Cairo. They were orphaned at 2 weeks of age and were bottle fed. Now they are 5 weeks and weaned from the bottle. They are looking for new homes. It would be great if they could all stay together, but they will do fine on their own. If you are interested, please contact my by email (ics@onefleetingglimpse.com). 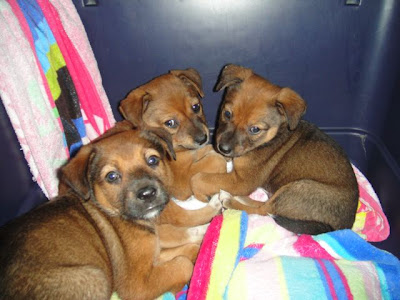 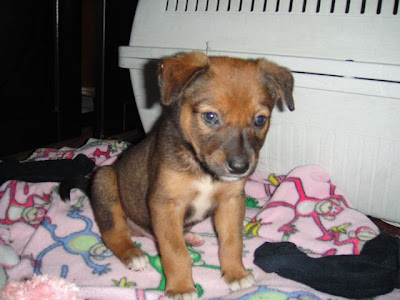 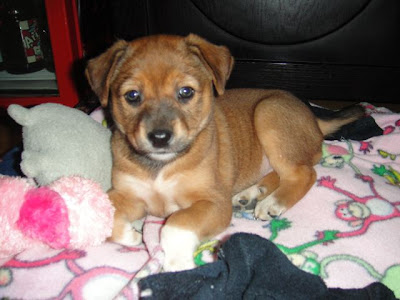 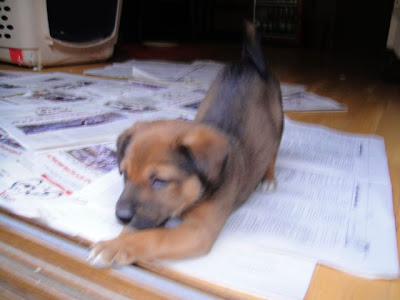