Do you enjoy Egyptian movies and TV shows?  Do you want to improve your Arabic?   If you do then check out SotwesooraHD.  A full membership costs $11.95 per month and allows you unlimited access to hundreds of Egyptian movies ranging from new releases, comedies, action, to old black and white films (my personal favorites).  There is also an extensive collection of Foreign films including the award winning Palestinian film Amreeka.  In addition, with a paid membership you have access to over 25 Egyptian TV serials such as Ayza Atgawez (I want to get married) which is based on the blog and book by Ghada Abdel Aal recently published in English (translated by Nora Eltahawy).  There is also live streaming of 17 Egyptian TV channels including Al Jazeera, OTV, Nile Sport, and Nile News.  The site also has top-notch customer service.  Memberships can be purchased securely using PayPal.  Don't want to buy a membership?  You can still enjoy movie previews without a paid membership as well as a "free channel" and "sample movies".
Edit:  There are no ads or pop-ups on this site.
Posted by Fleeting Glimpse at 7:48 AM No comments:

Before I even left the US to move to Egypt in 2008 I registered with the State Department and the US Embassy in Cairo.  I went online and filled in all the contact info - address in Egypt, phone number, emergency contact, etc.  Each year thousands of other Americans either travelling or relocating overseas do the same thing.  We believe it is important to do so.  Over the past three years I have received a handful of emails from the Consular Warden warning me of one thing or another that might make travel difficult in my host country.  During the Egypt/Algeria football games last year in Cairo a series of skirmishes between the two teams escalated to some isolated rioting and domestic disturbances in both Egypt and Algeria.  Two days before Egypt and Algeria were set to face each other on the field again, I got an email from the Embassy warning all Americans living in Cairo of potential problems as a result of the football match and advising us to stay away from areas where large groups might be gathering.

Registering with the US Embassy in a foreign country makes people feel safe when they travel.  But is it a false sense of security?  The US Embassies abroad maintain 24 hour emergency phone numbers that US citizens can call if they need to.  The Embassy employees get hundreds of calls regarding everything from lost or missing luggage, lost plane tickets, pick-pockets, domestic disturbances - none of which they have the jurisdiction or capacity to deal with.  I have always maintained that the Embassy will do little to help you in such mundane situations and it really needs to be a matter of life or death before they will become involved.  (Read the fine print on their websites and you may get this feeling, too.)  Even in dire situations, the most they will do is help a traveller make contact with a family member or friend back home and assist with having funds from the US wired over.  If they provide any financial assistance at all they do so with the intention of being paid back in full.  So if people seem to be confused about the Embassy's role is in minor situations, they are equally confused about the Embassy's role in major emergencies or crises.

I recently go into an argument with a former facebook friend shortly after the recent church bombings in Alexandria.  This friend stated matter-of-factly that in the event of an emergency "the Embassy would get her out".  I had to disagree.  Let's consider for a minute the case of Mary Thornberry.  Mary is a 76 year old US citizen and 15 year resident of Cairo, Egypt.  Mary spent days trapped in her Tahrir Square apartment which was ground zero of last week's Cairo protests and the mele that ensued.  She had journalists offering to go in and rescue her.  Mary is described as being irked at the Embassy.  She said during a phone interview with media that she was "not happy with the treatment she did not (sic) receive from the Embassy.  Eventually the Embassy sent in employees to get her out, even personally escorting her to and into the airport - but this all came after her son in Washington State had begun contacting various media outlets.  Mary's case is a special one indeed.

As several of my American friends (who have family and husband's in Egypt) and I sat glued to the TV and Internet watching events unfold, we could not help but notice that the Embassy and State Department were very silent.  Although living in the US now, many of us have remained registered with the Embassy in Cairo for the simple fact that we travel frequently into the region.  We received our first contact from the Consular Warden via email two days after the phone and Internet had been shut off in Egypt.  It was a very basic email that told everyone just to stay indoors and do not attempt to come to the Embassy.  For Americans living or travelling in Egypt it was too little, too late.

The last time there was a mass evacuation of Americans from a foreign country was Lebanon in 2006.  To the casual observer watching that take place on CNN things appeared to be highly organized and take place very quickly.  Americans were told to make sure they were registered online and stay in their homes and wait for an email or phone call.  We saw boats and ships coming to ferry Americans to Cyprus.  It was quite impressive.  But there are two fundamental differences between the Lebanon evacuations and the events as they unfolded in Cairo.  The fist being there was advance warning of the attacks by Israel.  The second being that phone and Internet was still functioning in most of Lebanon.  In the case of what began on January 25, 2011 in Egypt - everyone (except me) seems to be taken by surprise.  This is repeated over and over again by citizens, journalists - just about anyone you talk to about it - they swear they did not see this coming.  To the second point - the phone and Internet shutdown, it is not only evil dictators who can sever lines of communications within a country.  Imagine for a minute that Cairo had been hit with an earthquake or other natural disaster.  This could have just as easily wiped out all Internet, phone lines, as well as electricity and water.  So one is left to wonder:  did the US Embassy in Egypt have a contingency emergency plan in place to   deal with a crisis in the event of a communications blackout?  It appears they did not.

Once the Internet came back on Americans in Egypt were quick to announce their displeasure with the way the Embassy handled things.  One American writes:


"The embassy is of complete uselessness. I went there yesterday to get info and they wouldn't even let Americans enter, didn't have any information to offer, and were only passing out visa applications for Greece and Turkey, but that was all they were doing, and they were doing that from OUTSIDE by ONE employee. What a way to show the American people that they can depend on their so-called embassy in cases of emergencies!  They didn't even mention the flights leaving Egypt! I even called them myself and they didn't have anything to say other than "just stay inside" and they said they would call if something happened or things become available, but I have yet to have a phone call after a week!  I also asked all the people that were outside the embassy the same thing if they got calls, etc.......and ALL SAID NO also."

Another had this to say:

It was not just the Americans where were irritated with their Embassies.  This Lebanese friend said of the Lebanese Embassy:


"my embassy were even more useless .. they only sent one airplane from Beirut to Cairo and when I called them and said I and a couple other Lebanese guys live in Alexandria they said only if you're more than 30 we can send you a bus .. what is it ? a field trip ???"

The British even chimed in with this:


"Best laugh of the day: British Embassy / Foreign and Commonwealth Office Rapid Reaction Team telephone number: + 20 02 2791 6000 - it's the Rapid Reaction bit that make me crack! Someone I know spent 2 days trying to get through - got put through to London eventually to be told they were all at the airport"

"Embassy called me yesterday and I just ranted at the poor boy. If you want something doing properly do it yourself. Even in Bahrain when war broke out the FO were rubbish, we only register for statistics!"

"LOL - chocolate saucepans again - just found an email from British Embassy dated 30th Jan (2 days into internet blackout) about updated Embassy advice re Egypt - hahahahahaha - and I was registered with them and they know the situation and they have my phone number (landline) - ye Gods. Everyone move to Canada if you expect any help from Embassies!"

I had heard from a friend who did quite a bit of travelling around Egypt that if you venture off the beaten path into areas especially around the Sudan or Libya borders that you should tell everyone you are Canadian.  Canada, it seems, has the best reputation for protecting it's citizens.  I was following news on Al Jazeera English and the first country I heard make an official announcement about evacuations was, of all places - Iraq.  Some 2,000 Iraq citizens, who had left Iraq for a better life in Egypt were headed back to Iraq.

But before we all run out and try to get Canadian citizenship, there are some important points to consider.  Important lessons learned from this crisis in Egypt for those who live or are planning to live overseas.

Posted by Fleeting Glimpse at 4:54 AM 4 comments:

Even the Dog is Proud to be Egyptian

This time last year (first week of February) Alexandria (Allie) joined our family.  She was only 2 weeks old (orphaned).  She is an Egyptian Baladi.  In this picture she was about six weeks old. 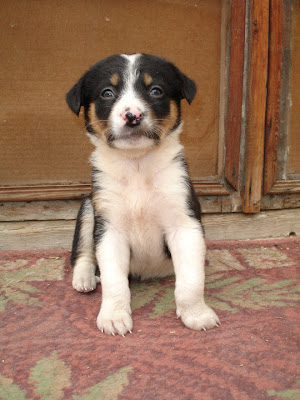 In October of 2010 Allie immigrated to the United States.  She has been following events in Egypt very closely and is very proud of her homeland.  She is proud to be Egyptian and supports all that the people of Egypt are doing.  She also hopes life will improve in Egypt for all the animals as well who have long been suffering under an oppressive government that would poison them and shoot them on the streets.
http://egyptdogs.blogspot.com/2011/01/emergency-appeal-for-funds.html
http://esmaegypt.org/blog/how-to-help/ 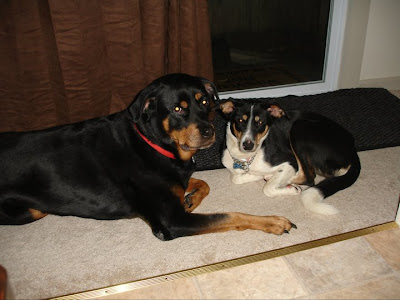